Previous Next
Alternator Records to Officially Launch After 20 Years 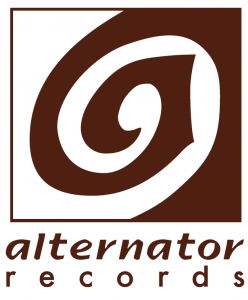 It is said that some things take time. In the case of Alternator Records, founded by writer/producer/mixer, Michael James, it took a very long time. One cannot say that it was due to a series of mishaps, harsh challenges or bad luck. One can say that sometimes it just comes down to timing. Keeping that in mind, what steps led to Alternator Records to officially launch after 20 years? After observing Michael over the years, it came down to taking advantage of an unusual gap in his almost non-stop mixing schedule to focus on nurturing Alternator.

When James (legal name, Michael James Marchesano) came up with the idea to start a label back in the day, it really was more of an incubator for developing acts that initially began as mixing clients and morphed into a production company. The production company, however, never really evolved into a label. It was, in his words, “a label…then re-activated,” but the first incarnation of the label was more in name than anything else.

Finally, in 2016, James figured out a way to balance his constant flow of commitments in the studio and pushing to get Alternator off the ground. He began by releasing an instrumental guitar album, Marchesano, that, while overlooked in some circles, did gain the respect from various in the industry, including guitarist Robben Ford (Miles Davis, Joni Mitchell, George Harrison) and drummer Gregg Bissonette (Ringo Starr, Larry Carlton, Steve Vai, Steve Lukather). Filing the experience away as an educational moment, the native New Yorker continued with his hectic schedule, working on projects ranging from Netflix to mixing two Eric Church songs for last year’s documentary, Chuck Leavell: The Tree Man.

In 2019/2020, James found that break in the action (Covid assisted), which allowed him to ponder, reflect and then begin his personal musical journey on what will become his second work, Shelter In Place.

During James’ writing sessions, the topic of dealing with the pandemic became front and center and he decided to write a record that was about the pandemic and how relationships can be sharply diminished because of it. Then George Floyd was killed due to police violence, returning race relations to headline news.

As the recording project began to gel – and recorded while still being Covid compliant – the Petaluma, CA-based studio owner decided not only to create a more conventional song-based album, but also give an almost equal weight to the guests who contributed to the record. Inspired by all of the co-writes James had created, he decided to look ahead beyond Shelter In Place with a plan to release future material from deserving talent he had worked with, past and present.

And that’s when James decided to go beyond a second album to creating a real label and assembling a team to support it.

You could say the official launch began yesterday (August 5) with the release of the video to the first single, “I Can’t Make You Love Me If You Don’t (I’m Drifting Alone),” featuring singer/songwriter Franc Aledia. The track is out today. The label plans to release multiple singles from August until the release of the album September 24. SIP, itself, includes contributions from Chris Hess (drummer, Hoobastank), Linda Taylor (guitarist, “Who’s Line Is It Anyway?”) and Kenny Bräck (musician and Indy 500 race car winner), among others. The album also includes newer talent, such as singer/songwriter, Aaron Durr, who has been compared to jazz singer, Michael Bublé.

Having Alternator Records to officially launch after 20 years might have a negative ring at first glance, but based on the label’s plans and the upcoming Shelter In Place, the future for the label is looking rather positive.