Austria Takes On San Diego at The Office Bar – Sept. 11

Previous Next
Austria Takes On San Diego at The Office Bar – Sept. 11 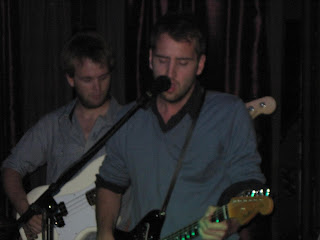 While it was a somber day for most of the United States, Austria soldiered on by driving down to San Diego to play a popular club called The Office Bar, in the section of North Park. After a pre-show meal, the guys left their mark by banging out an explosive set that turned many heads in the room (including the bartenders’). While the The Office has been known as a place to gather to watch their beloved San Diego Chargers, the club should now be re-named “Austria’s Office Bar.”