Previous Next
Austria to Perform at Trova Rosarina Festival 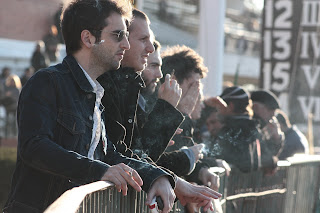 Austria has been invited to play at this year’s Trova Rosarina Festival. The Trova Rosarina is one of the biggest festivals in Rosario, Santa Fe, Argentina. The event, which takes place Monday, March 7 at Julio Parc, will feature some of Rosario’s greatest artists including Silvina Garré, Rubén Goldín, Fabián Gallardo and Adrián Abonizio. Austria was invited by Pichi de Benedictis to share the stage with him – a coveted spot for the band amongst so many luminaries. In addition, the guys will be performing their own material, much of it from their new release, “Nada.” This festival has become more and more popular as years go by and festival officials expect a crowd of 2,500 at this year’s event.