Admittedly, this post should have come earlier in the quarter. Instead of a close look at what transpired over the last few months, this piece has morphed into becoming Cadium Music’s 2021 Year-End Wrap.

The year got off to a fast start with the signing of writer and Rikets frontman, Scott Rose. COVID-19, however, continued to interrupt the creative process and the production of the new Rikets album, which included potential collaborations with Mark Lorenzo, got shelved.

Southbound 75, continued to build its base in south Florida and finally released Tales from the Black Swamp through Bad Jeu Jeu/The Orchard. The Bill McDermott-produced album, released in October, got some traction at, admittedly, non-reporting stations. The upside to this is that many of those stations continue to spin various tracks from the record. The Tampa, Florida country rockers have also garnered some media attention, both online and on television. Plans for the band to explore show dates in the southeast region, including festivals, appear to be the focus for 2022.

In September, Michael James released his Shelter In Place album. The heavily themed disc also happened to be in the crosshairs of the Grammy nomination period. This resulted in most of the label’s resources (James’ Alternator Records) going to campaigning for a Grammy nom in the “Best Immersive Audio Album” (Dolby Atmos) category. No such luck, unfortunately, so now the strategy is to go to a ground game by continuing to promote various tracks off the album. The campaign is scheduled to continue well into 2022.

James also opened his publishing arm, Vegan Vulcan Music, which is intended to become a creative hub for various writers on future projects spearheaded by the writer/producer. 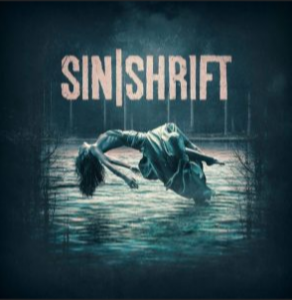 Also in the fall, Cadium signed Arizona’s Sinshrift. The band, signed by Scott Rose to Godsize Records, didn’t get the roll-out that was expected from Intercept, but the band are pumped to re-introduce their namesake album (released in September), in the new year.

Curtis Martin, Sean Kennedy and Rob Endling all maintained full schedules with their various projects. Some of them included more Martin and Kennedy co-writes with Ekoh, who had his most successful tour to date, and Martin’s continuing collaborations with Rachel Lorin. 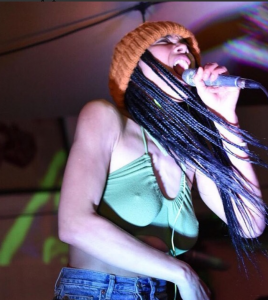 In the spring, Birs Recordings signed L.A.’s Piel. Produced by Cadium writer, Cisco DeLuna, the band’s album, A.K.A. Ma had the advantage of having its record scheduled at the end of the year (December 10). This gave the modern rock outfit plenty of time to promote its release. The gap between signing with the label and releasing the album, provided multiple benefits, as the vinyl on Bandcamp sold out and word has it that the CD is selling briskly.

On top of the strong pre-sales, the Tiki Lewis/Jonathan Burkes-led act received some strong press out of the gate and just days ago, the lead track, “Custodian,” was added to Apple’s Apple Music Indie playlist.

The key holdback for Piel is the live aspect: Due to an abundance of caution, the band have chosen – at least for the time being – to play outdoors to help reduce the chances of community spread. Currently, the modern rock group are playing it safe by performing at unconventional venues, such as underground clubs and street shows.

The word is that the record won’t really pick up promotional steam until after the new year.

Cadium Music’s 2021 year-end wrap was obviously a mix of highs and lows. The work this year will hopefully pay off in the following 12 months.