Cadium signs Scott Rose, the multi-faceted singer/songwriter/producer, to a publishing deal. The founder of the metal act, Rikets, will also be bringing the band back in a new incarnation with a new album, due this year.

Rose’s creative history is littered with collaborations with former members of Creed, Breaking Benjamin, and Powerman 5000. He is also the other creative half of the country rock act, Havala (co-founded by Southbound 75’s Mark Lorenzo). The deal is primarily two-fold, as it will include Rose’s back-catalog, (Rikets included) and future works with an array of songwriters.

Havala just released a new song, “Too Sober,” which is a Rose/Lorenzo collaboration.

While the rock journeyman has worked in various facets of the entertainment industry (actor, creative manager within the music department of Warner Bros. studios, songwriter and music producer), Rose is best known for fronting Rikets. The midwest metal outfit came up during the Nu Metal era of rock in the late 90’s, releasing albums on Corporate Punishment Records. The band also had a healthy tour schedule, opening for acts such as Korn, Five Finger Death Punch and In This Moment, to name a few.

Rising through the ranks of metal and rock, the future seemed bright for the guys, but misfortune struck. Rose contracted a very rare illness around 2009 that almost cost him his life. With the help of a great medical staff and an over-arching will to survive, the Cleveland transplant by way of Los Angeles was able to return to almost perfect health; however, it was Rikets that didn’t survive, due to issues within the band.

Post Rikets, Rose worked with a variety of musicians, not as the focal point a group, but as collaborator. Co-writes and production sessions included working with Brett Hestla (Creed) and continuing his creative relationship with Rikets producer Ben Schigel (Machine Gun Kelly, Drowning Pool, Chimaira), and the aforementioned Lorenzo, as well as others. 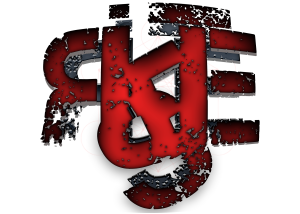 Last year, after a 10 year break from Rikets, Rose felt the itch to bring Rikets back, signing to manager Nic Bell’s label, Godsize Records. The details of Rikets 2.0 has yet to be announced, but in the meantime, Godsize will be re-releasing All American Death Cult March 2. Rikets also plans to release a new album later in the year. Cadium signs Scott Rose not only with rock and metal in mind, but because of his continued work in the country rock sector and beyond.

The prospect of a successful Rikets redux is quietly optimistic. Rikets fans should be optimistic, as well.