Previous Next
Godsize Records strikes a deal with Intercept Music

Godsize Records strikes a deal with Intercept Music. The news came last week, amid discussions between the two companies that had been ongoing for several weeks.

The deal between Intercept and Godsize creates a boost to multiple rock acts, including Rikets. The Cleveland-based group is led by Cadium Music writer, Scott Rose. Intercept is an established software and services company. Godsize, which focuses on Hard Rock and Metal, offers label, management and booking services. The integration of the two companies will result in music services from A&R, artist development, marketing, distribution and more.

Rikets, which included members of Nonpoint, Dope and Breaking Benjamin, among others, were on the rock tour circuit for most of the 2000s, opening for acts, such as Korn, Five Finger Death Punch, and In This Moment. The Industrial/Metal act released a few albums on Corporate Punishment Records, but the band went on hiatus from 2010-2020. The aforementioned Rose has been at Spider Studios recording a new album with a new Rikets line-up. Ben Schigel (Machine Gun Kelly, Drowning Pool) is producing the record. The record should be completed this year. 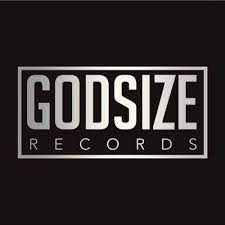 Godsize Records – On The Rise

Godsize Records was founded by Nic Bell. Bell, who is known for booking live acts in the Hard Rock/Metal arena, started Godsize a few years ago. Rose also serves in an A&R capacity for the label. New signings to the label include Mantra Of Morta and Hail The Horns.

Intercept Music and Its Assets

Intercept was co-founded by tech entrepreneur, Tod Turner. He envisioned a hub that could offer a suite of services for independent artists not normally accessible to the DIY sector. This hub has the ability to become a de-facto record label for artists and offer services normally enjoyed by acts signed to a full-service record company. Distribution and Internet marketing are just some of the services Intercept offers, but additional services are available, as well, such as career consulting. The music technology company is a subsidiary of  Sanwire Corporation. 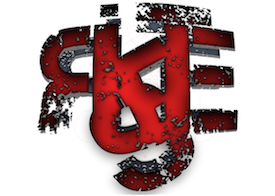 The integration between Intercept and Godsize will certainly bolster Intercept’s reputation for being a go-to for independent artists and labels, while the addition of services that are offered through Intercept will result in a more competitive Godsize Records. These added elements would allow nascent acts on the roster to hit the ground running.

Godsize Records strikes a deal with Intercept Music at a time when the label is looking to throw its hat into the ring as a viable option for hard rock/metal acts. The timing of this deal could hit the sweet spot.