How Does Austria Really Fit into the Latin Alternative Scene?

Previous Next
How Does Austria Really Fit into the Latin Alternative Scene? 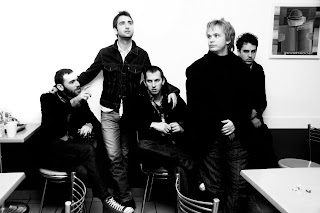 Just because someone dubs your music a certain genre doesn’t mean that you’re a part of the pack. When I first started hanging out with people in the Latin music scene such as Christian Mejia of Intoroq, I was referring to Austria as a “Rock en Español” group, but I soon found that the guys are really Latin Alternative. Once that was established, I set out to find artists that were similar to the guys so I didn’t have to constantly describe them as “Latin Coldplay” (which is still a legitimate description). The thing is, I have yet to find a group that really reminds me of Austria. There are some great artists out there that probably could share the same fans as Austria (and I believe some of them do), but I am finding that the artists that share the most common threads with Austria are female singer/songwriters – which is great! I find myself mentioning Ximena Sariñana and Carla Morrison as references, but so far I haven’t found a male rock band that carries strong similarities to the guys. I’m sure I’ll find one sooner or later, but in the meantime, if anyone out there has a good comparison, make me look bad and give me the answer.