Martin Contributes to the New Ookay album, Has Co-Write

Previous
Martin Contributes to the New Ookay album, Has Co-Write 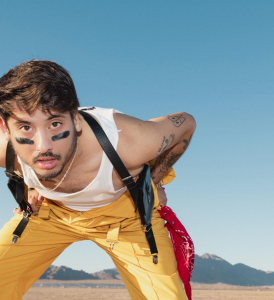 A recording engineer’s transcendence from engineer to writer/producer can be a slow, steady climb. In the case of Curtis Martin’s, while he has yet to helm a multi-platinum artist’s album, his climb continues and it could produce some very notable milestones. On one of his latest projects, Martin contributes to the new Ookay album and his work could lead to some favorable results.

On March 25th, DJ/Artist, Ookay (Abraham Laguna), released his new album, Very Special. It’s a significant project in Martin’s career. Ookay is an important musician gaining momentum in Pop and EDM circles. His credits range from Diplo and Noah Cyrus to Marshmallow. Martin, who has been a constant collaborator with Ekoh and Rachel Lorin, was able to secure his position on the Ookay project, handling some of the production on the San Diego native’s new release as vocal producer, vocal mixer, and co-writer on the catchy “Oxygen.” With Martin’s work on Very Special, it has given him a strong foothold into the EDM genre.

Martin also contributes to the new Ookay album in more ways than one. Beyond his production work and writing, the writer/producer was able to bring Highlnd (an artist Martin has co-written with and produced), in as a co-writer on “Oxygen.” Martin was also able to navigate Rachel Lorin onto the album, where she shares lead vocals with Ookay on the snappy “Give U Up.”

Will Martin get another shot at the next Ookay project? It might depend on how well Very Special does, but early indicators point to Martin getting a solid shot at continuing to collaborate with the DJ and not just because of the early streaming numbers – but because of what Martin brings to the table.

Like they say in baseball, we’re still in the early innings. There’s lots of ball left to play in this one.