Piel Has a Release Date

Previous Next
Piel Has a Release Date 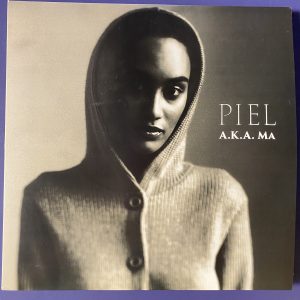 After some jockeying around to find a time to put out the record, Piel have a release date and it’s December 10. The album is A.K.A. Ma.

Piel signed to Birs Recordings earlier this year. The New York label is known for releasing records on 180 gram, high-quality vinyl. In the ensuing days and weeks after the signing announcement, it was assumed by many involved that the release date would easily be scheduled for this year, but with the heavy demand for vinyl, the pressing plant contracted by the label wasn’t even sure it would be able to press the records by the end of 2021. Fortunately, the plant was able to rally, which ultimately led to the year-end release date, rather than an early 2022 drop.

A.K.A. Ma is a six-song album and is largely dedicated to Thelma Lewis, the mother of lead singer and Piel co-founder, Tiki Lewis. The elder Lewis passed away in 2019, hence “Ma.”

One of the tracks to Ma is “Custodian,” the record’s opener. “Custodian” was the song that led Piel to becoming a Tiny Desk “Top Shelf” finalist last year. Another song is the multi-format primed “Easy as It Feels.” “Lost in Translation,” “Reach for Me,” “The New” and “The Sound” round out the rest of  the album, which was largely written by Lewis and Piel co-founder and bassist, Jonathan Burkes.

The making of what would become A.K.A. Ma was not a conventionally produced album, but resulted in a formidable final piece of work. Burkes, who initially recorded the songs before Birs was in the picture, handed over the tracks to producer, Cisco DeLuna. DeLuna (who championed the group and sought the green light from label owner, Scott Anderson, to get the record made), took what Burkes had and added additional instruments to the recordings. DeLuna’s production gave the songs a commercial radio glow, but without drowning out the band’s sound in the mix. This resulted in an indie-style/modern rock record that can capture the imagination of mainstream listeners, yet appease those in indie rock circles.

The initial vinyl run is 100, but that might be the only version of the album, as the band may release future pressings of the record in different colors and/or variations. In other words, while Piel has a release date, it might not be the only release date for A.K.A. Ma.

With the release date set, Piel plan to support the record by continuing to play live, but with the lingering vapor of COVID-19 in the air, the band have decided to be extra cautious and play outdoors until further notice.

With the reliably consistent weather in California, the quintet plans to stick fairly close to home – for now.

Currently, A.K.A. Ma can be pre-ordered here in both vinyl and as a digital download.