The Power of an Austria Song Shines Through

Previous Next
The Power of an Austria Song Shines Through 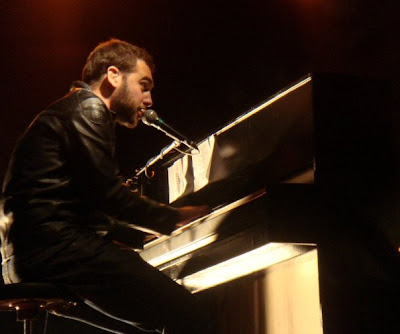 Many people overlook the value of a great song. When your favorite (and most likely world famous) artist’s song is being covered by someone you don’t know, you don’t make a big deal of it; people do this quite frequently. But when an act that isn’t quite a household name has its songs recorded and shared on youtube, it’s a testament to the power of the the songwriter’s craft.
I’m not a youtube expert, but I wouldn’t be surprised if there are thousands of youtube performances by people that very few of us know, who play hit songs (that we do know) and share them with the world. In fact, it’s been said that a great way to increase the popularity and/or awareness of a musical act is to cover a song that is currently riding the pop charts. The purpose of the cover song is partly to gain an audience that might not initially be interested in the artist. Take the Talking Heads’ version of Al Green’s “Take Me to the River,” for example. “River” was the the Heads’ first single and the band’s main introduction to the world before their original songs were promoted at radio.
For Latin Alternative act Austria, “Adormecida” (on their current album, “Nada,”) – which means “numb” in Spanish – is not getting played on the radio (that I know of) and hasn’t, as yet, been included in a popular TV series or motion picture, yet a young man in Argentina not only admires “Adormecida,” but decided to perform it and share it with the world.
Is this unique? Maybe not. But if there are people covering songs from artists that aren’t quite as popular as, say, Taylor Swift, I doubt the songs they’re performing are as powerful as “Adormecida,” which was written by Martin Rougier (pictured above).
Make no mistake – when a song from a band on a small independent label is being covered, it’s a powerful statement – and I wouldn’t be surprised if this isn’t the last time we hear an Austria song sung by someone other than the band.
Jan Seedman2017-09-05T04:30:56+00:00November 24th, 2011|Adormecida, Austria, Cadium Music Publishing, Cadium Recordings, Latin Alternative, Martin Rougier, Nada, Talking Heads, Taylor Swift, youtube|0 Comments