Previous Next
Vegan Vulcan Music strikes a Deal with Cadium

Client, Michael James, has a few developments happening on his end and among them, an administration deal between his newly minted publishing company, Vegan Vulcan Music and Cadium Music. As Vegan Vulcan Music strikes a deal with Cadium, the belief is that it should lead to more opportunities for VVM’s future roster.

James has completed a new album and intends to grow VVM through the various co-writes he has on it. The new album will be called Shelter In Place. Shelter In Place features special guests and showcases some new and developing talent that James selected. The album does not have a release date, yet, but is expected to be out by late summer. Cadium will act as a full service publisher for VVM and extend its writer relations to the company and its impending roster. According to James, multiple co-writers on the future release have already committed to signing to VVM.

Cadium will also work closely with James in the re-launch of James’ label, Alternator Records, which will be releasing the mixer/producer’s album. In a unique role, Cadium will be working both in a publisher and label capacity, overseeing A&R and artist development.

One of the tracks from the album, “Color of My Skin,” includes a video that was released last summer. The song is in response to some of the racial upheaval that occurred across the United States in 2020. “Color” is a co-write between James and Cadium writer, Morris LeGrande. The video, which features James and LeGrande, also features Jason Cropper, a founding member of the modern rock group, Weezer, and Walter Heath, who is known for his vocal work on soul/R&B projects in the 1970’s. 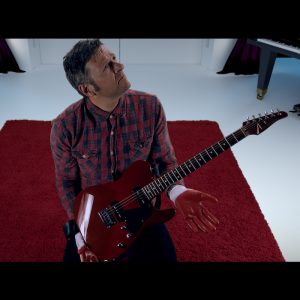 While James readies “Shelter” for release, he has been pro-actively working with some of the album’s co-writers on new and developing projects. Should some of these projects come to fruition, they might end up becoming Alternator releases. The news that Vegan Vulcan Music strikes a deal with Cadium appears to already be strengthening James’ brand, as well as his label.